Let's take a pause in this series about voter fraud to see how Republicans and Fox News have been misleading the American public, persuading many Americans there are huge numbers of people voting illegally. We've already shown that to be untrue.

The articles, which are clearly meant to drive white voters to hysteria, sometimes have a kernel of truth, but the claims made are overstated, deliberately misdirecting, and often simply untrue. Let's look at the Barnes article as an example of all three: overstatement, misdirection, and downright lying.

Study finds... Whose study? Minnesota Majority, a conservative group. They claimed to have matched voting records to lists of felons.

But check this out:


The problem with this assertion—from a new book by The Wall Street Journal’s John Fund and George W. Bush Justice Department attorney Hans von Spakovsky—is that it is not just factually wrong, according to Minnesota Supreme Court records, the Minnesota prosecutor who investigated most of the cases, and some of the country’s top election scholars, but it is intended to rile a segment of the Right that thinks it is patriotic to demonize voting by non-whites and disrupt voting for everyone else.

“There is no basis in fact, whatsoever, in these inaccuracies propagated by the Minnesota Majority here, none,” Hennepin County Attorney Mike Freeman said Wednesday. “After the most closely scrutinized election in Minnesota history in 2008, there were zero cases of fraud. Even the Republicans lawyers acknowledged that there was no systematic effort to defraud the election, none.” -- Rosenfeld.

Twenty-six ineligible felons registered to vote in Minnesota. Of those, one-third didn't vote. That's hardly a surprising number, since most felons don't realize they can't legally vote while on parole or probation.


[Citizens for Election Integrity Minnesota's] November 2010 report found only 26 voter fraud convictions across the state at that time. They were all ex-felons who registered to vote but never voted (32 percent) or who voted (68 percent) before restoring their voting rights. This distinction is very important because it further debunks the GOP’s voter ID case.

Yes,voter fraud exists. No, it's not widespread. No, its not frequent. When it does happen, it's generally due to a misake. There is no fraudulent intent. There are no hordes of voting illegal immigrants, felonious voters, or dead people voting. There just aren't. 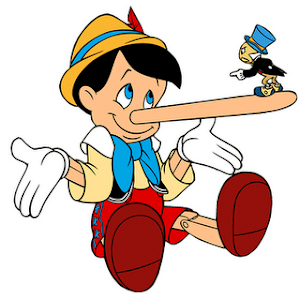